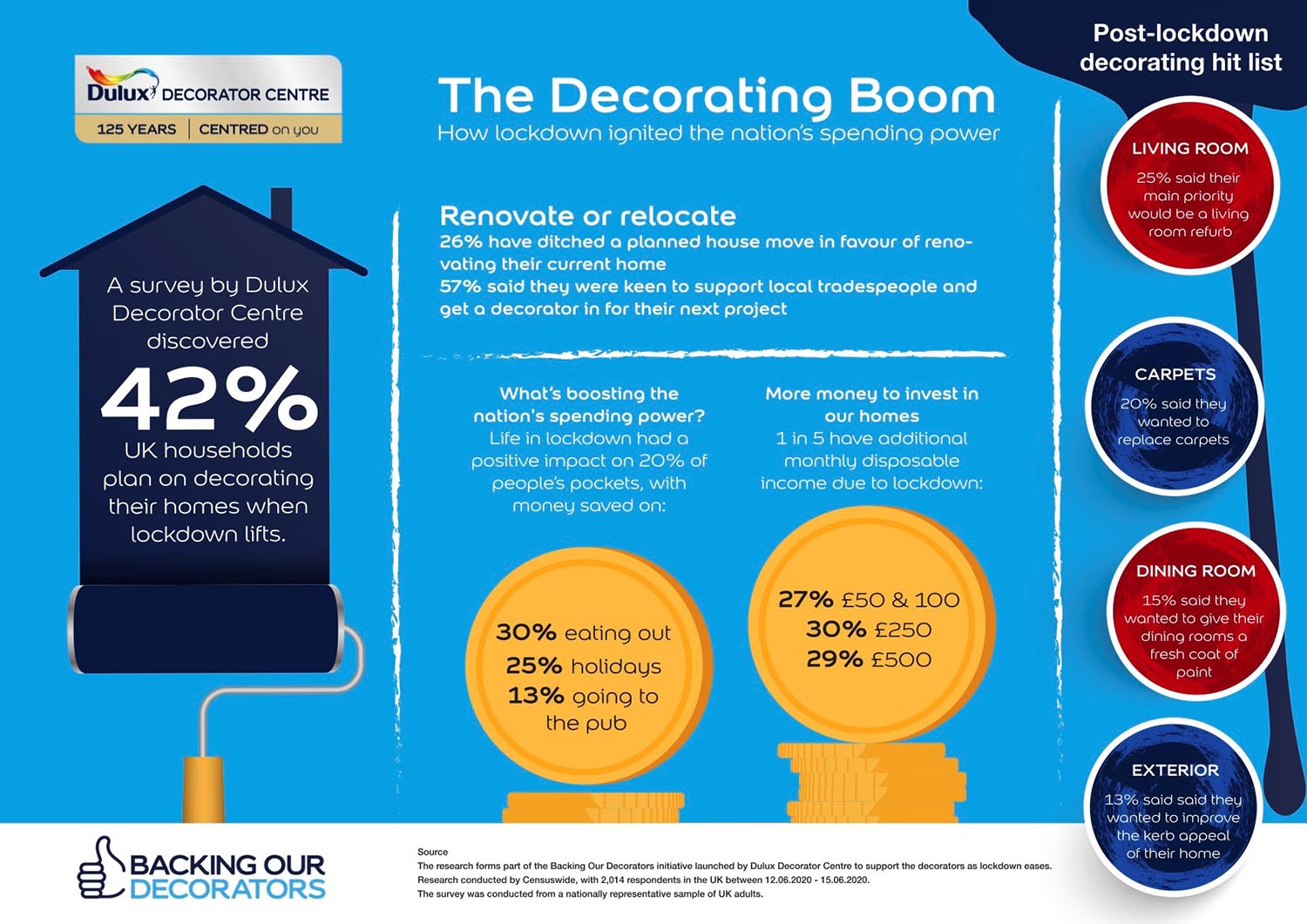 Two out of every five (42%) UK households are planning on decorating their homes as lockdown lifts, according to a survey by Dulux Decorator Centre.

The research also reveals reports that one in five (20%) reported being financially better off by as much £500 a month as a result of the savings made due to retailers and leisure facilities closing for an extended period because of COID19 measures.

Painting the living room has emerged as the nation’s no.1 post-lockdown decorating priority, with one in four (25%) intending to tackle it first.

One in five (20%) want new carpets, while 15% intend to give the dining room a fresh coat of paint. Thirteen percent plan on painting the exterior of their homes.

As the pandemic puts a pause on many people’s plans, it was also found that a quarter of people (26%) have ditched a planned house move in favour of renovating their current home.

The research forms part of the Backing Our Decorators initiative launched by Dulux Decorator Centre to support decorators as lockdown measures ease. Two thousand members of the public were surveyed.

Lockdown’s impact on the nation’s spending power can be seen with a quarter (27%) of those left better off by lockdown having between £50 and £100 more disposable income a month. A third (30%) report a boost of up to £250 while a further third (29%) say they have up to £500 more spare cash per month.

Eating out (30%), holidays (25%) and pub trips (13%)) account for the biggest regular outgoings people saved most on during lockdown.

As restriction lifts and the nation gets used to the new normal, the majority (57%) of the public say they are keen to support local tradespeople.

Dulux Decorator Centre Managing Director John Henderson said: “The Coronavirus outbreak has seen our industry face huge challenges and disruption and we want to continue to support the trade in every way we can through the Backing Our Decorators initiative.

“By undertaking this comprehensive research we hope that its positive findings reassures the industry that the public’s appetite to undertake decorating jobs is returning”.